About Us – Billings Symphony Orchestra & Chorale Skip to content

Get to know the Billings Symphony!

Founded as the Billings Symphony Society in May 1951, the organization’s mission is to enrich lives through music.

Each year, the Billings Symphony helps introduce thousands of people throughout south-central and eastern Montana and northeastern Wyoming to music through Explore Music!, education and community engagement program provided to participants at no cost, and also offer various ways to engage with the organization including online and streaming programs. 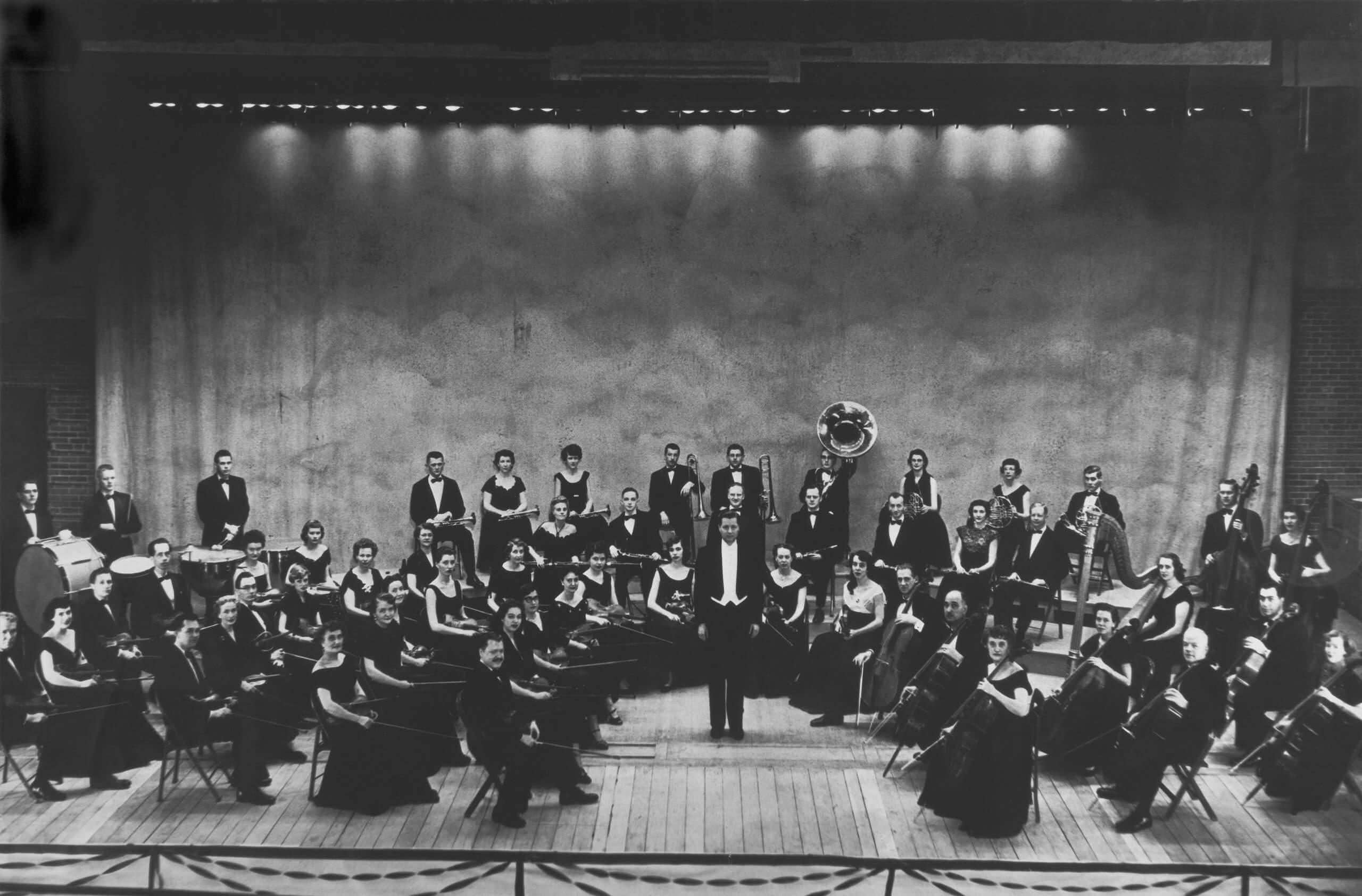 In 1951 the Billings Symphony began with 55 performers. The introduction of the chorale in 1952 rounded out the musical sound Staffanson wanted to achieve. Performances of the Symphony often sold out. They played two shows on performance weekends, initially at the Lincoln Center Auditorium, then at the Fox Theater which became the Alberta Bair Theater after renovations in 1987. The inclusion of renowned guest artists like Ampara Iturbi, a pianist from New York City began in the early 1950s.

Staffanson’s tenure with the Billings Symphony lasted 5 years. The Springfield Massachusetts Symphony discovered him in a conducting competition. He was hired as their resident conductor based on the recommendation of acclaimed violinist Eugene Ormandy, then conductor of the Philadelphia Orchestra. After his tenure in Massachusetts, Staffanson moved to Bozeman, Montana, where he lived until his death on April 27, 2019. Staffanson and the hard work of many volunteers established the building blocks for the Billings Symphony thousands enjoy to this day.

Replacing Staffanson in 1955, George Perkins (1923-2014) directed the Billings Symphony for 29 years. The organization went through a trying time when a proposal to pay the orchestra members divided the Symphony and the city. During this time a portion of the performers remained with the Billings Symphony under Ernest Hagen. Those who did not stay with the Symphony went to form the Midland Empire Chamber Orchestra, under Perkins. The decision to pay the orchestra was made after the 1965-1966 season when the two orchestras merged with the aid of a local mediator to again become the Billings Symphony. Although musicians could not live solely on their orchestra salary, they were attracted to the area by teaching opportunities, outside work, and collegial relationships with local musicians. Some lived in the homes of musical friends for weeks or months until they could find suitable living situations. Perkins enhanced the tradition of upscale performances, showcasing the classical talent and setting standards for the future.

During Perkins' tenure, board member and banker Al Winegardner conceived of and promoted the Symphony in the Park concert, which premiered in 1972. Sponsored initially by First National Bank, then Norwest Bank along with the Yellowstone Boys & Girls Ranch, and now by Wells Fargo, Symphony in the Park remains a community tradition and continues to bring the excitement of live music free to the public.

May 2005 brought a new vision to the Billings Symphony in the form of its first female music director, Anne Harrigan. She has continued to propel the ensemble into the 21st century by blending popular music with the classical repertoire for which the Symphony is known. By incorporating programming that highlights local artists (Ellen Moak, Chris Smith, Christine Conover), world-class soloists (Midori, Brian Ganz, Rex Richardson), and by constantly increasing the complexity of selections and networking with the visual and performance arts, the Billings Symphony has grown into the premier symphony in Montana and Wyoming.

Harrigan and Dr. Steven Hart, director of the Billings Symphony Chorale, collaborate to open the doors of the community to witness another aspect of what makes this organization special. In addition to one or more appearances each season with the Symphony, the Chorale performs a special choral concert each November at St. Patrick Co-Cathedral in downtown Billings.

The Billings Symphony’s mission statement, “To Enrich Lives Through Music,” supported by the efforts of the community, conductors, performers, and staff of over 68 years, remains the driving force behind the organization’s success. From Staffanson’s first vision to form an organization where music could live and grow, to Perkin’s formidable composure during the symphony unrest, from Barnea’s love of symphonic literature to Harrigan’s love of people, the Billings Symphony continues to grow, share, and enrich the lives of the community.