Lyric for Strings was composed when Walker was only 24 years old, but it has remained one of his most enduring compositions. The sound, structure, and instrumentation of the piece are all clearly inspired by the famous Adagio for Strings composed by Walker’s Curtis Institute classmate Samuel Barber in 1936. Walker first conceived the music that became Lyric as a middle movement for his first string quartet and originally titled it “Lament” in dedication to his grandmother who died the year prior. The piece fluidly and dramatically alternates between lush harmonies and stark solo passages which showcase the range of sounds possible in the string orchestra. In an interview not long before his death, Walker commented: “I never played a string instrument, but somehow strings have always fascinated me.” In Lyric, we hear the beginning of this life-long fascination.

The Billings Symphony first performed this graceful elegy in October 2007 under the direction of Maestra Anne Harrigan.

SERGE PROKOFIEV
(Born in what is now Sontsivka, Ukraine in 1891; died in Moscow, Russia in 1953)
Piano Concerto No. 3

The leading Soviet musician of his time, Prokofiev's Classical Symphony (1918) is one of the most frequently performed symphonic works written in the 20th Century, and his orchestral fairy tale, Peter and the Wolf (1936) is a beloved children's classic. Among Russian composers he is second only to Tchaikovsky as a creator of memorable melodies, and for all his works remain resolutely tonal, his use of off-kilter harmonies, acerbic wit, and motor-like rhythmic drive cemented his reputation in Czarist Russia as “The Bad Boy of Russian Music.” Indeed, the contradictions of his creative personality—at once modern and old-fashioned, serious and ironic, lyrical and savage—give Prokofiev's music its unique flavor.

Although Prokofiev’s Piano Concerto No. 3 was slowly compiled over ten years, its elements are united in an exciting and colorful display piece that betrays no signs of its long gestation period. The first movement’s keyboard fireworks are balanced with a theme which seems at once passionately romantic and melancholy, before entering a harmonic free fall with swirling chromatic (incremental) motion. The second movement is a theme and variations built on a delightfully quirky melody, full of the composer’s wit and sarcasm. The soaring romanticism of the final movement—which Prokofiev described as an argument between piano and orchestra—might remind you of his later ballet score for Romeo and Juliet (1935–36) or West Side Story, as Leonard Bernstein seems to have had these sounds in his ear when he composed his take on the Shakespearean play.
Prokofiev, himself, gave the premiere with the Chicago Symphony in December 1921 during his self-imposed exiled from his native Russia. While not an immediate success—that came after its European debut—the concerto went on to become the most popular of his five piano concertos.

Tonight’s performance is the Billings Symphony’s premiere of this Prokofiev work.

Camille Saint-Saëns lived a long life and was remarkable for his wide-ranging intellectual interests and abilities. As a child he was, of course, a precocious musical talent, but even then, he evinced a strong natural interest in almost every academic subject—including, but certainly not restricted to, astronomy, archaeology, mathematics, religion, Latin, and Greek. In addition to a life of musical composition and virtuoso keyboard performance, he also enjoyed success as a music journalist, champion of early music (Handel and Bach), and leadership in encouraging French musical tradition. Saint-Saëns lived an active life, filling an important role in the musical life of France—as performer, composer, author, spokesman, and scholar. He was peripatetic—researching Handel manuscripts in London, conducting concerts in Chicago and Philadelphia, visiting Uruguay and writing a hymn for their national holiday, and vacationing in the Canary Islands. He celebrated seventy-five years of concertizing in August of 1921 in his eighty-sixth year and died a few months later.

Perhaps his most well-known and successful work is his opera, Samson et Dalila, one of a dozen. However, other works vie for that honor, for he was a most prolific composer, working in almost every genre common at that time. Despite this versatility he perhaps did his best work in the traditional Classical models—symphonies, concertos, chamber music, and sonatas. Symphony No. 3 (1886), the so-called “organ” symphony, was his last symphony, but only one of a large number of works for orchestra. He composed symphonic poems, suites, concertos, marches, and dances—dozens of them. Calling for a large orchestra, including two pianos and a large organ, Symphony No. 3 is heard as two large movements, but really is in four, with the first two and last two movements connected and heard respectively as one.

One will clearly hear in this work two of Saint-Saëns’ trademarks: a repetitive rhythm that dominates a movement, and his gift for lovely, sensuous melody. He was a gifted melodist and compared his talent with the natural fecundity of a fruit tree. This you will hear in the lush second movement (second half of the first continuous section). The initial entry of the organ often surprises folks, so be prepared. The spectacular sonic combination of the fortissimo organ and the percussive pianos juxtaposed on the large orchestra is particularly felicitous and is a triumph of Romantic orchestral imagination (Richard Strauss wasn’t the only game in town in this regard). All in all, this symphony is characteristic of much of Saint-Saëns’ work: not necessarily profound, but crafted with great skill, innate musicianship, and typically Gallic in its clarity of expression and form. And, it must be said—almost always immensely appealing. (Notes freely provided by William E. Runyan, PhD | © 2015)

"Luo seems destined for stardom. With a minimum of fuss but a huge dose of flabbergasting technique, she ripped through Prokofiev’s Piano Concerto No. 3 in C major with ease and authority." — San Diego Union Tribune

“The young artist is carving out her own space among her Curtis predecessors with deep sonorities, fiery intensity and unfiltered rawness. Luo’s strong connection to the Russian compositions was plain throughout the concert.”
— REVUE magazine

This past year Wei gave a 13-concert recital tour throughout China’s major cities and venues including Shanghai Concert Hall, Beijing National Center of Performing Art, Guangzhou Opera House, Harbin, Chongqing and Guiyang, among others. She also performed with leading orchestras including Shanghai Symphony Orchestra (Beethoven Concerto No. 4), Guangzhou Symphony Orchestra (Rachmaninoff Concerto No. 2) and the National Center of Performing Arts Orchestra (Prokofiev Concerto No. 3). For World Sleep Day 2021, Wei participated in a campaign by Universal Music Group, along with 18 other UMG musicians worldwide, in which she recorded “Nocturne” by Grammy award-winning composer Christopher Tin.

In 2018 Wei received the Gilmore Young Artist Award. She is also a recipient of the “Salon de Virtuosi” Career Grant in New York. The Philadelphia Inquirer described her performance, saying: “Equally intriguing were those odd moments when she took you so far inside the music that your ears left behind previous points of reference, partly because she immerses herself in the music with an intensity that borders on madness.” She made her orchestra debut at age 11 with the Shanghai Philharmonic where, along with artistic director Muhai Tang, they opened the 2011 season performing Prokofiev Concerto No. 3 at the Shanghai Oriental Art Center.

Born in Shenzhen, China, Wei showed great interest in music and began piano lessons at age five. She gave her debut recital in Hong Kong at age six. Winner of numerous competitions in China, Wei also claimed first prize in the 11th Chopin International Competition for Young Pianists in Poland and the 2nd Rachmaninov International Piano Competition for Young Pianists in Frankfurt, both in 2010. In 2012, at age thirteen, Wei was accepted to the prestigious Curtis Institute of Music in Philadelphia where she studied with Gary Graffman and Robert McDonald. Wei received her bachelor’s degree in 2022.

How long is the Concert? Expand

With 20-minute intermission, the concert is 1 hour and 35 minutes long.

When do I clap? Expand

Whenever you want! Seriously, the tradition of clapping only at the end of pieces was only for a short time in the history of music. Typically, people like to clap after a great solo in a jazz tune, an impressive dance move, or after a great movement (section) in a symphony. If you really like a piece, clap at the end of the movement and yell "encore" if you want to hear more. (we love playing encores!)

What are ticket prices? Expand

Tickets start at $15 for adults and $16 for students and go up to $66 based on the seat location. The least expensive seats are at the back of the balcony and the front closest to the stage.

Here are some other helpful tips you should know as well:

1. The best deal comes when you don’t wait until the very last minute to order tickets. We never offer last minute discounts because we don’t want to undercut patrons who already purchased their seats. Whenever you see a concert you’d like to attend, you get the best seats by not waiting.

3. If you’re a student on a budget, be sure to bring your student ID for great discounts.

What do I wear? Expand

More than anything, we want you to have fun and express your own style when you come to the Billings Symphony, so dress in a way that works for you. Some people love dressing up and going out—if that’s you, do it and you won’t be the only one, we promise. If you prefer to be more casual, then you probably won’t be the only one dressed casually, either. In short, you do you, and we’re just glad you’re joining us.

Where do I park? Expand

On City streets, there is both metered parking and posted parking. Metered parking times range from 2 hours to 10 hours and is free after 5 pm and on weekends.

There are two free handicap parking spots on the corner of North Broadway in front of U.S. Bank.

Park 1
Credit/Debit Cards Only. Located at 2912 Third Avenue North and is open to the public 24-hours per day – the office is open Monday through Friday, from 10:30am-6:30pm. There is free parking on Sundays.

Park 4
Located at 515 North 31st Street. The garage and office are open only Monday through Friday from 5:30am – 9:30pm. After 9:30pm, parkers are unable to remove their vehicles from the garage. 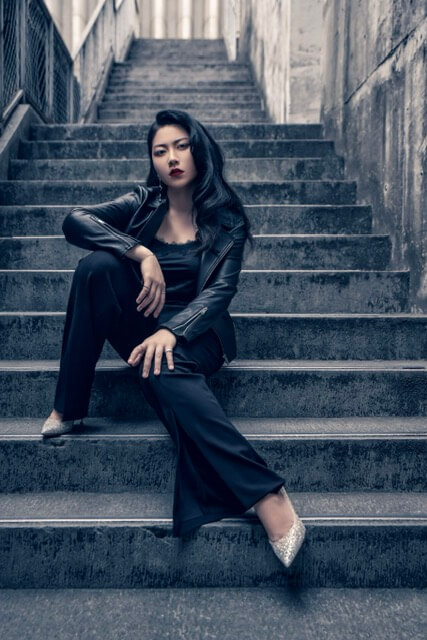