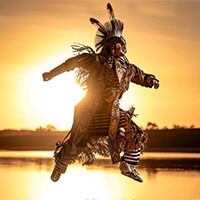 Ruben Little Head Sr. is a member of the Northern Cheyenne Tribe in Lame Deer, Montana. He is committed to transforming the identity of Native singing and dancing, through each movement of Buffalo Crossing: A Northern Cheyenne Experience. He has served as an independent consultant for over 25 years and continues to expand his expertise through the oral traditions of storytelling, public speaking, performing arts, and culture workshops. 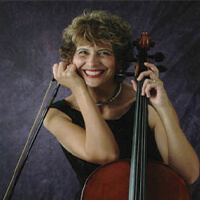 “Living in close proximity to Yellowstone National Park for more than three decades, annual family trips to the park have always deeply inspired and moved me. Although much has changed over the years, the park has remained the same and will always be a touchstone for us, as well as for our children and their children. The Yellowstone Suite is a tone poem evoking the beauty, serenity, and timelessness of Yellowstone National Park. My intent was to express the beauty and majesty of the land through music. This work was performed during international concert tours by the MSU Cello Ensemble and MSU Symphony with accompanying photos of the park. This version represents my original intent: a musical journey inspired by the world’s first national park.”—Ilse-Mari Lee

This is a Billings Symphony premiere. The BSO gave the world premiere of Ms. Lee’s Concerto for Cello and Orchestra in 2002, under the baton of Maestro Uri Barnea, with the composer as soloist. 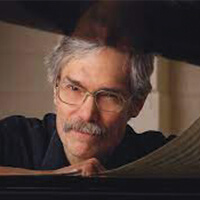 Commissioned by Billings’ Western Heritage Center and premiered by the Billings Symphony on September 14, 2002, James Cockey’s Symphony No. 2 is a series of nineteen tableaus from the life of Parmly Billings, whose father, Frederick Billings, was the president of the Northern Pacific and the namesake for Billings, Montana. While Frederick and the Billings family lived in Woodstock, Vermont, his son lived in Billings for approximately four years in the mid-1880s. He died in Chicago on his way home, aged 25.

While the symphony is a celebration of the City of Billings, today’s performance features two extracted tableaus that focus on the Native American culture. This music, though original, is derivative of traditional Native American music, with invaluable instruction and advice from and collaboration with Joseph FireCrow, a respected Northern Cheyenne flute man, who co-authored and performed on the premiere.

The Billings Symphony has not performed the Cockey since the 2002 world premiere. For today’s performance, the composer added material to help the extracts stand alone and, given the unfortunate passing of Joseph FireCrow in 2017, reworked the Native American flute music in collaboration with his successor. 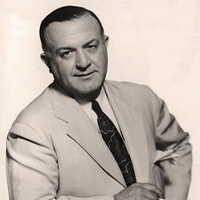 Ferde Grofé was born in New York but grew up mostly in Los Angeles, where his grandfather was a principal cellist and his uncle, the concertmaster of the Los Angeles Symphony Orchestra. Grofé himself spent several years in the orchestra’s viola section, while at the same time playing piano in dance halls, vaudeville theaters, hotel ballrooms, and silent movie sets. His playing caught the ear of bandleader Paul Whiteman, who invited Grofé to join the ensemble. Grofé’s role soon expanded from the piano bench to one of the band’s principal arrangers throughout much of the 1920s. (His position as arranger to the “King of Jazz” earned him the title, “Prime Minister of Jazz.”) He arranged Whiteman’s first million-seller, “Whispering,” as well as Gershwin’s Rhapsody in Blue, in both its jazz band and symphony orchestra versions.

The Grand Canyon Suite was inspired by several visits to the Arizona landmark in the years around 1920. “Sunrise” was sketched out in 1921, and “Sunset” the next year. Those movements were set aside to work on other projects until the summer of 1931, when Whiteman asked if the suite could be completed for a concert he planned that November. Grofé quickly wrote “Painted Desert,” “On the Trail,” and “Cloudburst.” The concert was a great success, but Grofé felt that the size of Whiteman’s twenty-member band put severe limitations on the scope of his music. Two years later he became conductor of the orchestra at New York’s Capitol Theatre. While still not a full-size orchestra, it was much larger than Whiteman’s group, and he was able to expand the Grand Canyon Suite to symphonic proportions. “Then,” conductor Gerard Schwartz says, “it became very much more pictorial, very descriptive, and with elements of jazz. But, really, it was just a brilliant orchestra, not so different from what Rimsky-Korsakov [another renowned orchestrator] would do in a Russian style. But Grofé did it in an American style and in a 20th-century style.”

While excerpts—particularly, On the Trail—have frequently appeared on School & Family and Symphony in the Park programs, the complete Suite has only been performed twice by the BSO: in 1962, under the baton of Maestro George Perkins, and in 1996, under the baton of Maestro Uri Barnea. The above program notes are based on those written for the 1996 performance by the late Jeffrey M. Edgmond, former BSO Principal Timpanist and Librarian.