The Billings Symphony Youth Orchestra (formerly Billings Youth Orchestra) presents a December concert as part of their 15th season featuring four orchestras with students from preschool to college age and include home-schooled students and students from outlying rural schools. BYSO is a premier orchestral experience for talented young musicians in the area, open to all students by audition.

Sponsored by John and Barbara Curry

Barb has always lived a life immersed in music. A member of the Billings Symphony since ninth grade, she plays regularly in orchestras throughout Montana and Wyoming, and has, thus, had the pleasure of performing with a plethora of diverse artists, including Red Skelton, Glen Campbell, Chet Atkins, Tom Jones, Doc Severinsen, Moody Blues, Wynonna Judd, Kansas, and Mannheim Steamroller. Some of the highlights of her career are playing in the Helena Summer Symphony with Mark O’Connor, and performing with Yo-Yo Ma, Itzhak Perlman, Midori, Joshua Bell, and Evelyn Glennie with the Great Falls Symphony. She received her bachelor’s degree in music education from MSU-Billings and her master’s degree in teaching from Grand Canyon University, and since 1970, has maintained a private violin studio. She is honored to be a part of BSYO.

Katie Krumdieck is a certified music teacher with over 17 years of teaching experience. She has a BA in K-12 Music Education from Eastern Washington University and certifications in early childhood music from Musikgarten and First Steps in Music. Katie earned her Early Childhood Ministry Certification from Martin Luther College. Originally from Wenatchee, WA, Katie spent time teaching orchestra in grades 3–8 in Thousand Oaks, Oxnard and Ventura, CA.  After moving to Billings in 2008 she became the music teacher at Blue Creek School and started an orchestra program there. She currently teaches music and piano at Apostles Lutheran Fine Arts Preschool and is the director of Joyful Noises, an early childhood Christian music education program. Katie enjoys playing viola, crafting, cooking, camping, and spending time with her husband and three children.

A Yellowstone County native, Lindsey began her musical studies at the age of five. In 2010, she earned a BA in church music with an emphasis on violin performance from Heartland Baptist Bible College in Oklahoma City, and has spent several years involved in church music, performing, directing, recording, and leading workshops across the US, Canada, and Russia. In addition to BSYO, Lindsey also performs and teaches with several other local organizations, including the Billings Symphony and Stillwater String Quartet, and maintains a studio of private students.

Sponsored by John and Barbara Curry

Mr. Tracy began his professional performance career in high school, and received his musical training in Colorado, New York, and the Aspen and Tanglewood music festivals. He continues to be active as a soloist, conductor, chamber musician, and orchestra violinist. Currently the Concertmaster of the Billings Symphony, other professional associations—past and present—include the Red Lodge Chamber Players, New Harmony (Indiana) Music Festival, Red Lodge Music Festival, Fort Collins Symphony, Denver Symphony, and the Yellowstone Chamber Players. He currently holds positions at Rocky Mountain College and Montana State University Billings; and his private violin studio, which he has maintained since high school, has produced many award- and scholarship-winning students. A native of the Rocky Mountain West, Mr. Tracy chose this area as his permanent home.

Principal oboist with the Billings Symphony and Rimrock Opera Orchestras, and freelances with other Montana orchestras, Ms. Logan is also adjunct faculty at both Rocky Mountain College and MSU-Billings and maintains a private oboe studio. Ms. Logan has been on the faculty of the Red Lodge Music Festival for the past several years. Her chamber music perfor­mances with the RLMF faculty and the Yellowstone Chamber Players have been broadcast on NPR’s Performance Today. Ms. Logan earned bachelor’s and Master’s degrees in Oboe Performance from the Juilliard School (NYC). Her first experience playing in a youth orchestra was when she was 15 years old, and she toured Switzerland with the Northern Virginian Youth Orchestra. Coaching the BSYO winds is a way to pass her love of playing orchestral and chamber music on to the next generation of musicians. 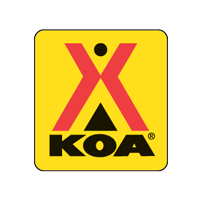