Winner of four Academy Awards, a Golden Globe, twenty Grammy Awards, and a posthumous Grammy Lifetime Achievement Award, Mancini composed music for the Peter Gunn, The Pink Panther, and “Moon River” from Breakfast at Tiffany’s and shaped the cinematic sound of a generation. Join the Rocky Mountain Jazz Collective under the direction of Scott Jeppesen, band director, as they pay tribute to this master of American music.

This special event, presented by the Billings Symphony, is part of the Sukin Series, featuring ensembles and musicians from around the world.

Saxophonist, Rocky Mountain Jazz Collective music director, and Montana State University professor Scott Jeppesen brings together nearly 20 musicians, including several locals, a few of Jeppesen’s students, and some well-known jazz players from across the country. The group will be performing all never-before-heard arrangements of classic Mancini compositions such as The Days of Wine and Roses, Moon River, The Pink Panther, Baby Elephant Walk, Hatari!, Charade, Dreamsville, My Manne Shelly, and more!

We’d like to introduce some of the players joining the Rocky Mountain Jazz Collective for this special event! Scott Jeppesen arranges world-class talent each time the Jazz Collective performs, and this event is no exception. 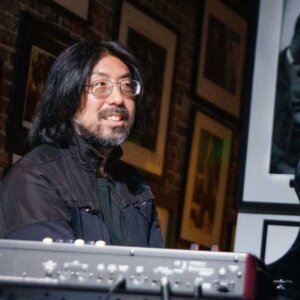 Gary Fukushima is a keyboardist and composer based in L.A., as well as a jazz journalist and monthly contributor to DownBeat Magazine. He has performed throughout the United States, South America, and Asia with Alphonso Johnson (Weather Report), Blue Note singer/songwriter Priscilla Ahn, Big Bad Voodoo Daddy, and many others.

Gary leads his own progressive electronic jazz group, GF3, which released their debut EP in 2019. A native of Seattle, Washington, he relocated to Southern California in 2003 and is currently active in the Los Angeles music scene. He is on the faculties at California State University, Northridge, Pasadena City College, and the Pasadena Conservatory of Music, and he writes regularly about jazz, having his words published for Downbeat Magazine, LA Weekly, LA Jazz Scene, and other publications. 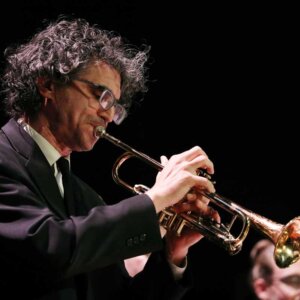 Josh Aguiar is one of Southern California’s most talented improvising trumpeters. In addition to the trumpet, Josh is a pianist and composer. Drawn to jazz at an early age, Josh first apprenticed with the great Bobby Bradford, renowned for his work with Ornette Coleman and other avant-garde luminaries, before heading to Indiana University to study with David Baker, a pioneering giant in the field of jazz education. He later earned his MFA from California Institute of the Arts and his DMA from the University of Southern California.

As a professional, Josh has been active in the Southern California music scene for 15 years. He has recorded on numerous albums, notably Clare Fischer’s Latin jazz album, Ritmo!, which garnered a Grammy in 2013. He has taught extensively at all levels, and is currently on staff at Santa Monica College. From 2000-2003, he lived in Taipei, Taiwan, where he studied Chinese, worked as a translator, and was in demand both as a jazz soloist and as a sideman in the Taiwanese pop scene, playing on various recordings and touring with the great Sticky Rice Band. 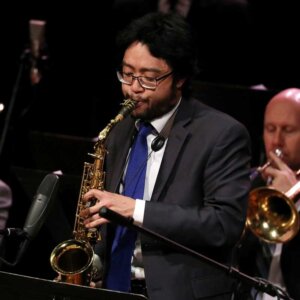 Ian Vo, who plays lead alto sax for RMJC, holds an MFA in Jazz Reeds from the California Institute of Arts and a BA in Music from the University of California Los Angeles. During his formative years, he’s had the honor of studying with Kenny Burrell, Charlie Haden, Jeff Clayton, Joe LaBarbara and Larry Koonse among others.

Since then, Ian has performed and/or recorded around the world. He regularly appears with several groups including Tritone Asylum, Steve Huffsteter Big Band, Ron King Big Band, and the Steve Spiegl Big Band among others. Additionally, he leads his own quartet.

Also devoted to education, Ian serves as adjunct faculty (Saxophone and Jazz Improvisation) at the Master’s University in Santa Clarita, maintains a private studio for jazz saxophonists, and coaches at high schools in the Santa Clarita/Los Angeles area. He is a proud husband, and father residing in Santa Clarita, Cali.