Trip Around the World of Music

Multinational guitarists Mircea Gogoncea and Arturo Castro Nogueras share their contemporary works inspired by the song and dance traditions of the Balkans and Latin America. 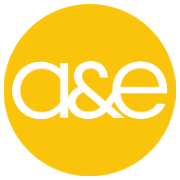 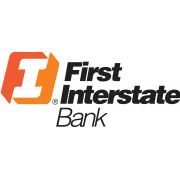 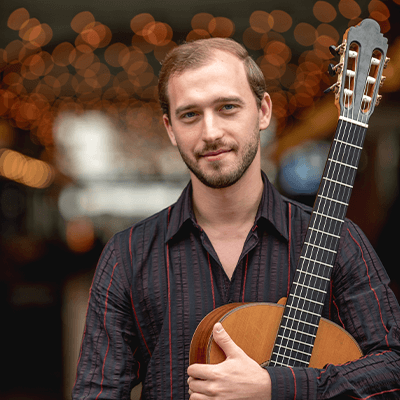 Mircea Gogoncea has performed in over 350 concerts on 5 continents. In 2018, these included recitals in Cuba, Nigeria, India, Germany, the UK, the USA, Spain, France, Luxembourg, and Romania.

In April 2018, he organized and taught the first-ever guitar masterclass and workshop in Lagos, Nigeria. Fundraising for this charity project comprised a 7-concert tour of India and one performance in Germany, where, together with his chamber music partners, he raised triple their project’s target amount.

His trip to India and Nigeria was turned into a documentary. Further charity projects in Nigeria and India are planned for 2019, involving the German embassy and consulate, the Goethe Institut, and private organizations from the US, Germany, and India.

He is a teacher’s assistant for classical guitar at the University of Southern California in Los Angeles and a doctoral student under Grammy award winner Scott Tennant.

He graduated with maximum marks and honors from the Konzertexamen excellence program at the Robert Schumann Hochschule Düsseldorf under Joaquín Clerch, as well as the Advanced Diploma program of the Royal Academy of Music in London.

Previously, he had completed two master’s degrees simultaneously in Düsseldorf and London. During his studies in London, he was awarded the inaugural David Russell Prize in 2014. 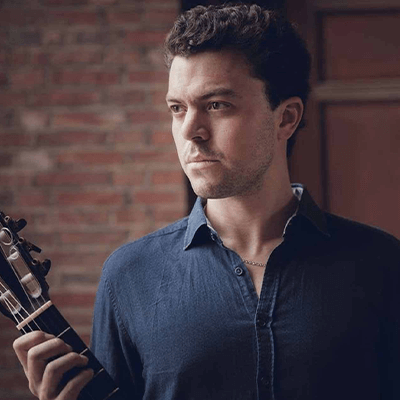 The 2014 premiere of his work, 3 / 4—a collaboration featuring dance, music, and visual arts—was part of Germany’s oldest art exhibition, Die Grosse, in the Kunstpalast Museum in Düsseldorf. In the same year, he presented with Guatemalan writer Tania Hernandez a performance called La Llorona in Frankfurt am Main. Since then, he has collaborated actively with Puerto Rican neuroscientist Christian Bravo in a series of concert-conferences about the relationship between our brain and music, as well as motivational talks about music and art in Puerto Rico and Mexico inspiring younger generations.

Arturo has a bachelor’s degree in classical guitar from the Conservatory of Music in Puerto Rico under the country’s foremost guitar professor Leonardo Egúrbida and a master’s degree in classical guitar and ancient music from the Robert Schumann Conservatory in Düsseldorf, Germany under famed guitarist, composer and professor Joaquín Clerch and pianist and harpsichordist Antony Spiri. In 2016 he finished his Konzertexamen under Joaquín Clerch at the Robert Schumann Conservatory with the highest distinction.