Antonio Jarvey, saxophonist, on John Williams and his jubilant compositions 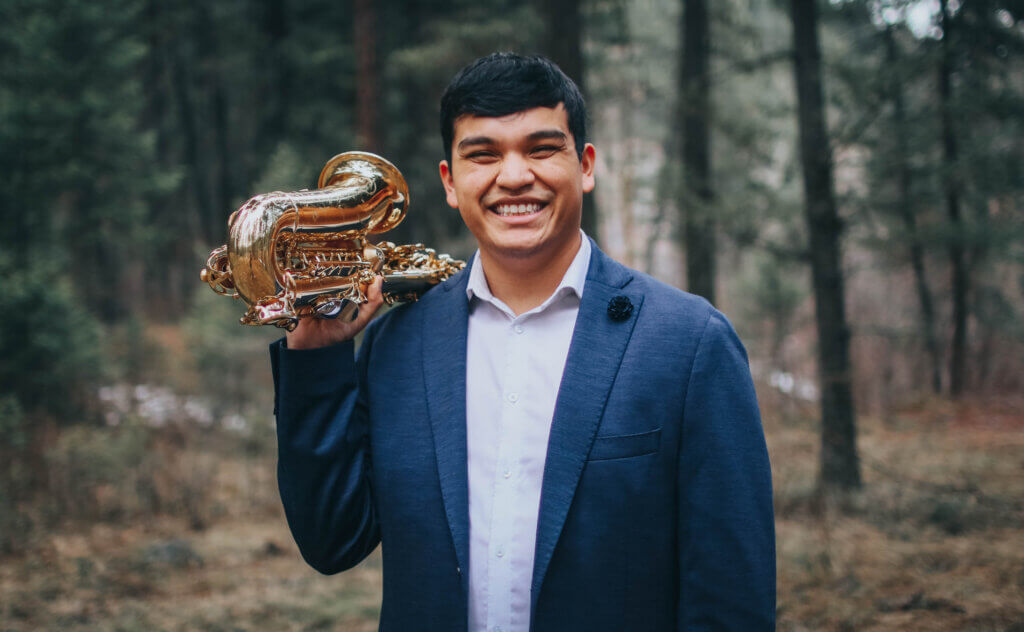 Antonio Jarvey is a Montana-based saxophonist and guest artist during the Billings Symphony’s tribute to John Williams on March 12 and 13. He performs during John Williams’ Escapades, which was inspired by his score for Steven Spielberg’s 2002 film, Catch Me If You Can, set in the 1960s. Williams’ score evokes the style of the progressive jazz movement popular during that time.

“I find great joy in this piece, as it represents both the jazz and classical idioms that the saxophone is fluent in,” Antonio says. “I am honored to perform the piece four times this season and hope to bring alive the inspiration and jubilant nature the score delivers in the film.

Antonio, currently studying music performance at the University of Montana, was recently the runner-up for the Montana Association of Symphony Orchestras Young Artist competition. Throughout the years, Antonio has garnered top prizes from regional and national woodwind competitions, including the 2020 International Saxophone High School Honors Recital, and the 2022 University of Montana Concerto/Aria Competition. He’s shared the stage with many groups, from the Montana All-State Jazz Band to All-State Honor Band; the Great Falls Symphony, Youth Orchestra, High School Symphonic Band, and Municipal band; the University of Montana Symphony Orchestra, and more.

He joins the Billings Symphony for this special performance of John Williams music at the invitation of Anne Harrigan, music director, and Ignacio Barrón Viela, executive director, for the Billings Symphony. Each year the organization seeks new and young talent to highlight during the musical season, and they met Antonio during the 2021 Montana Association of Symphony Orchestra’s Young Artist Competition, which takes place every two years.

“His talents, energy, and motivations as a young player stood out to us,” said Barrón Viela. “His energy was a highlight of his performance and we hope this is the beginning of many more collaborations in the future.”

Antonio was also featured in September with the Billings Symphony, performing as a saxophone soloist in Mussorgsky’s Pictures of an Exhibition. “Antonio has such a distinctive talent and drive,” said Harrigan. “We are thrilled to bring him back to the stage.”