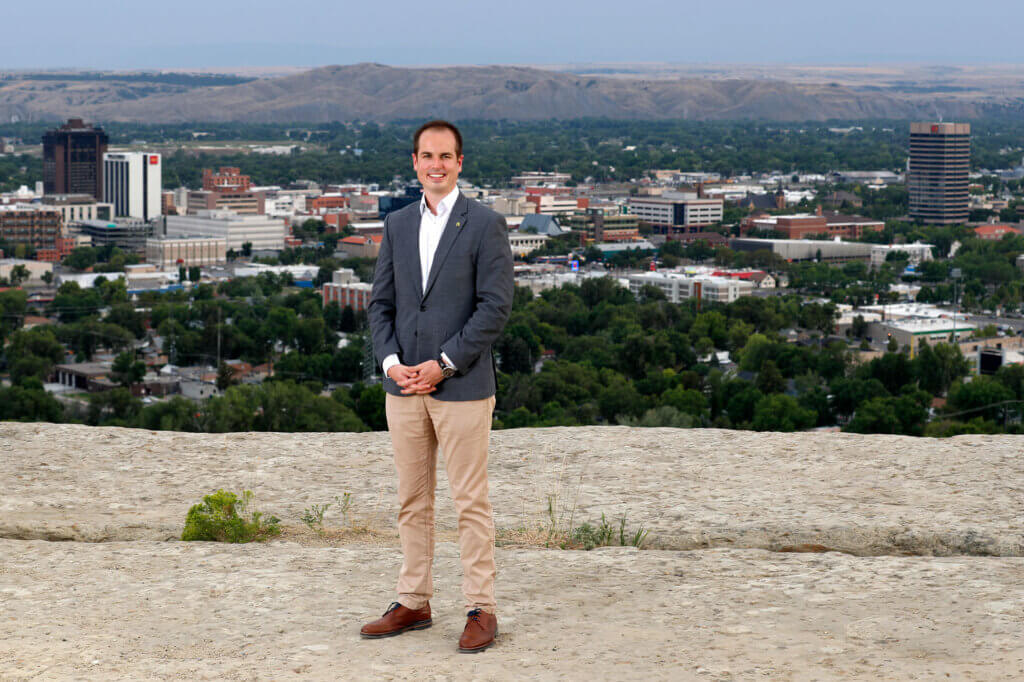 “We appreciate Ignacio’s work over nearly four years and all that he has accomplished in that time,” said Billings Symphony Board President Leslie Blair. “He truly put the Billings Symphony on the national and international map.” 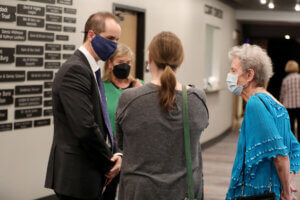 Ignacio Barrón Viela, executive director of the Billings Symphony, is pictured at the Symphony’s 2021-2022 season opening event at the Alberta Bair Theater.

During Barrón Viela’s tenure, he led the charge for the organization to adopt diversity, equity and inclusion policy and worked with Montana senators and the Spanish Consulate to bring foreign artists to Billings. He helped the Symphony acquire a downtown building, which was donated to the organization in 2019 by the Sukin family, and oversaw renovations and fundraising, including a major grant from the Murdock Charitable Trust.

“He created partnerships with national and local associations for grants and donations, cultivated donors with record-setting donations, and doubled our net worth and endowment, leaving our organization in excellent shape for continuing our success,” Blair added.

Under Barrón Viela’s leadership, growth in corporate and individual giving along with growth in grant and foundation support has allowed the Billings Symphony to more than double its net assets to $5.7 million and increase its annual operating budget to $1.8 million. Financial growth included a major gift in 2022 from Billings-based philanthropists and longtime symphony patrons John W. and Carol L.H. Green, who gifted $1 million to the Billings Symphony to sustain the executive director’s position — the largest individual gift in the organization’s history. 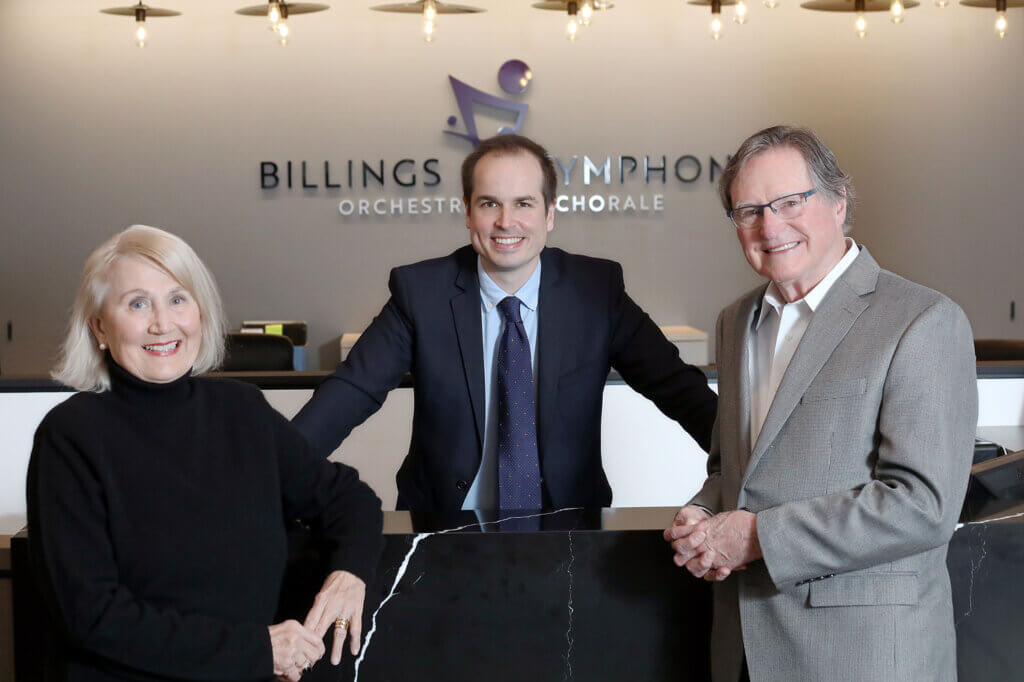 From left, Carol Green, Ignacio Barrón Viela, and John Green are pictured at the Billings Symphony Orchestra and Chorale offices, 2820 Second Ave. N. In January the Greens donated $1 million to the Symphony, the largest gift in the organization’s history, to sustain the executive director position.

Barrón Viela also helped the organization navigate the onset of the COVID-19 pandemic and restrictions placed on arts organizations across the country and paved the way in the nation with live-streaming concerts. He worked closely with Anne Harrigan, Billings Symphony Music Director, to produce high levels of musical performances in multiple venues, nearly tripling the organization’s event and concert output by launching the Sukin Series and digital and livestreaming programs and helping the organization launch its first Family Series.

“Ignacio worked closely with Anne Harrigan and the Billings Symphony staff to produce numerous outstanding programs for our patrons,” said Vice President of the Board Scott Brown. “He was instrumental in opening the door for the merger with Billings Youth Orchestra, which will expand our audience and promote symphonic music with the young artists of Billings. It’s been a pleasure working with him and getting to know him, not just as a nonprofit community leader, but as a friend.” 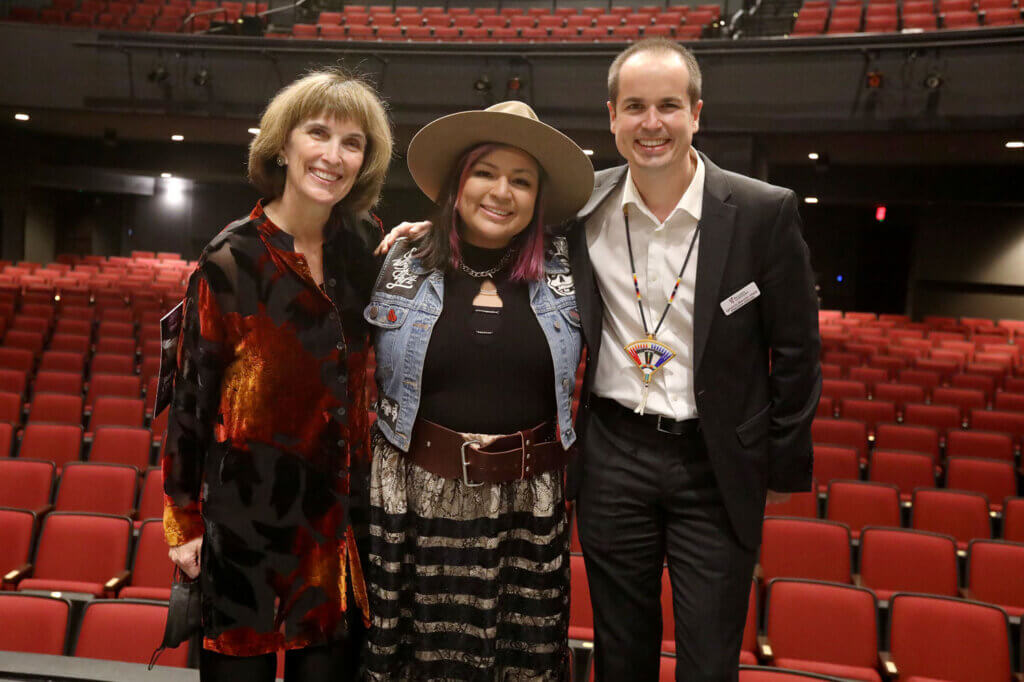 “I am proud of what we have accomplished together, along with Anne, the musicians, the staff and the Board,” added Barrón Viela. “I am going to miss everyone, but I am confident that the Billing Symphony has a great future ahead. There is a lot of vibrancy and excitement in the 72nd season and the continuation of our growth.”

The Symphony continues this growth trajectory with new positions opening in the 2022-2023 fiscal year, including the addition of personnel and youth orchestra manager and an executive and administrative assistant.

“I am honored to have been part of this journey with the Billings Symphony, and I wish Anne Harrigan, the musicians, the staff, the Board and everyone associated with the Billings Symphony all the very best as it commences its 72nd season,” added Barrón Viela. “I am proud that the mission to enrich lives through music has remained in the center, and that the growth has been proportional to the mission, and hopefully the community continues to support and value that.”