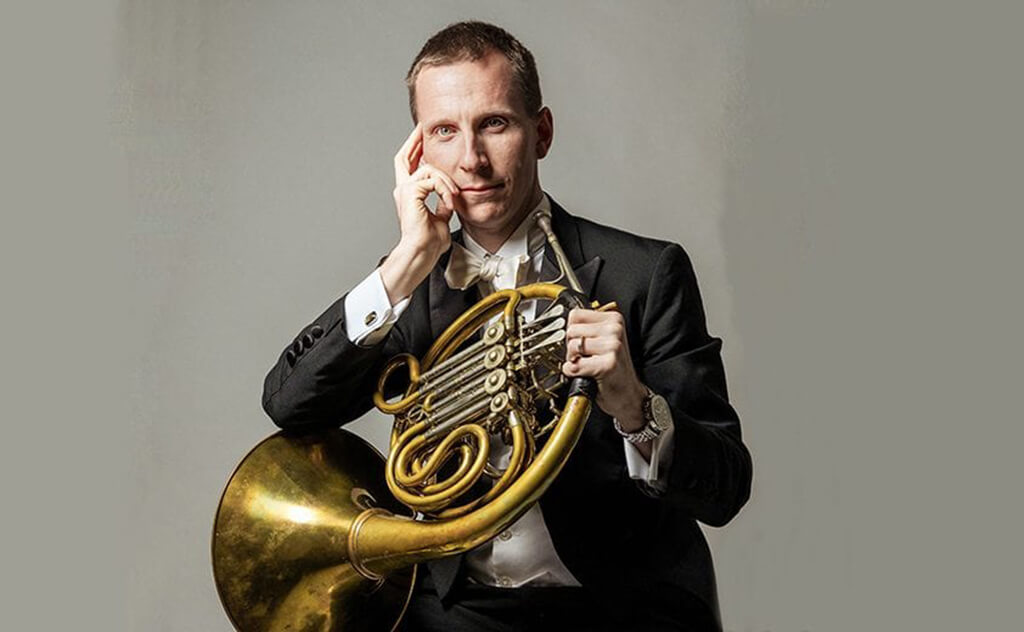 Strauss’s Horn Concerto No. 2 is as impressive as it is challenging. It’s undoubtedly one of a French horn player’s highest aspirations.

“This is about at the edge of what’s possible for the horn,” says David Cooper, principal horn for the Chicago Symphony Orchestra. “It really tests a horn player’s endurance.”

On Saturday, Feb. 12, Cooper joins the Billings Symphony Orchestra and Chorale for a performance of this enchanting concerto.

“It’s a gift for the horn player,” Cooper says. “When you play it, you think, thank God someone wrote this!”

Strauss’s Horn Concerto No. 2 was composed in 1942, seven years before his death. He was living in Vienna as World War II raged around him, yet the piece is not reflective of the state of the world. Instead, it seems to be an escape. The first movement begins with joyful fanfare but melts into a sweet lullaby for the second movement into a boisterous third movement with long, sweeping lines that seem to hint at a brighter future. 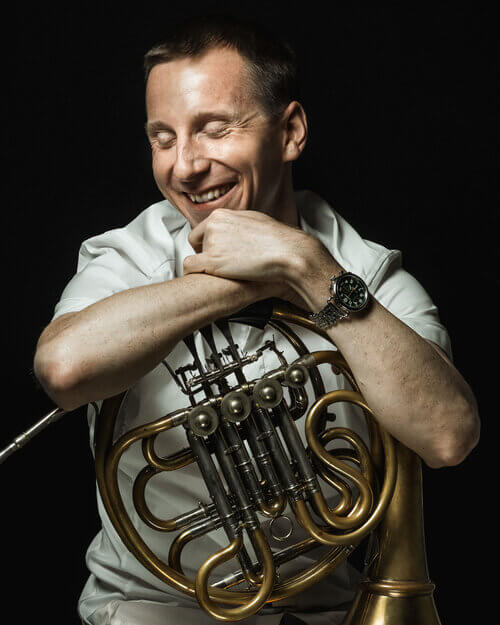 The horn anchors the entire 19-minute performance. At times it’s the voice above the rest of the orchestra and at other times it plays a supporting role, always there, keeping the music rolling in great beautiful swells.

“I can’t think of anything I’d rather be doing than playing the horn,” says Cooper. “When I get to share that with others, that’s my second favorite thing.”

Cooper will also join the Billings Symphony’s brass section for Strauss’s Fanfare for the Vienna Philharmonic, as well as perform Song of Hope, originally written by Peter Meechan for solo trumpet and transcribed by the composer for Cooper’s performance.

Meechan wrote the piece in tribute of his good friend, Ryan Anthony, principal trumpet with the Dallas Symphony Orchestra, and his charity, Cancer Blows, a foundation set up to raise awareness and funding for research following Ryan’s diagnosis of Multiple Myeloma.

Strauss’s Horn Concerto No. 1 was written in honor of his father. Strauss had spent most of his later career writing operas, so his Horn Concerto No. 2 was a shift for him, but it doesn’t deviate from his overall style. In classic Strauss style, his music tells a story. It’s an opera, but without words.

It’s been said that Strauss’s father would play his son to sleep with his horn, which gave the boy an ear for the French horn. Perhaps that’s the deeper connection Cooper has to Strauss’s work.

Cooper’s father and his grandmother were French horn players, who played in the Lansing Symphony Orchestra, where Cooper grew up. He started playing the horn at an early age and attended the Curtis Institute of Music in Philadelphia.

“For me, when I found the French horn, all I knew was that I loved it and wanted more,” he says.

For Cooper, playing is a ritual. Every day, before anything else, he plays his horn. Sometimes it’s a few riffs, and other days he plays for much longer, focusing on a deeper study. It’s a time just for him.

Chicago is known for its brass section, a style unique to Chicago. Within the brass, the horn section has a renowned mastery. Cooper has dedicated his career to creating that one-of-a-kind sound. 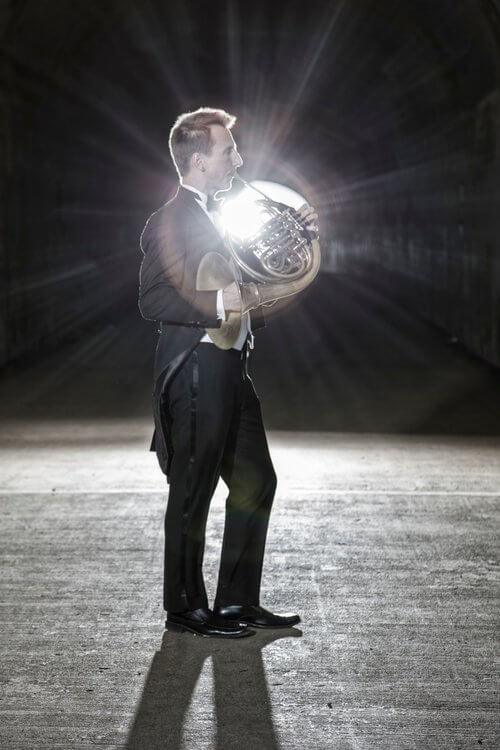 “We have to be super-efficient in our playing to overcome the difficulties of our concert hall,” he explains. “There’s no natural echo. We have to create an acoustical taper on every note. It’s a sound that doesn’t work in a perfect hall.”

Cooper enjoys taking that sound to new venues and performing with other orchestras. No two performances are alike, he said, as different conductors produce a slightly different sound. Even performing the same music in the same hall produces a different sound on different days. That continuous blossoming of music intrigues Cooper.

“I feel like I have the best seat in the house. I get to hear some of the best music played by the best musicians up close. There’s no experience like having it blasting with great, quality sound all around you.”

Cooper is an instructor at Roosevelt University in Chicago. The experience of teaching has taken his career to new levels as he breaks down and explains the process of creating music.

“The full demonstration of knowing something is to explain it, to break it down simply,” he says.

He encourages the young musicians to not only work to master their instrument, but also to take their hard-earned skills to an audience and join others in making music.

Tickets to Saturday’s concert are available here, or call the Billings Symphony at (406) 294-3712. A livestream of the concert is also available for just $15.

Article written by Laura Baily, a storyteller with two decades of experience in journalism and freelance writing. Laura lives in Red Lodge, where she shares her everyday adventures with her husband, seven-year-old daughter, and two dogs.